Skip to content
Kickstand Productions Presents
The Plot In You: Swan Song North American Tour
with The Plot In You, Silent Planet, Avoid, Cane Hill
Ages 17 and Up 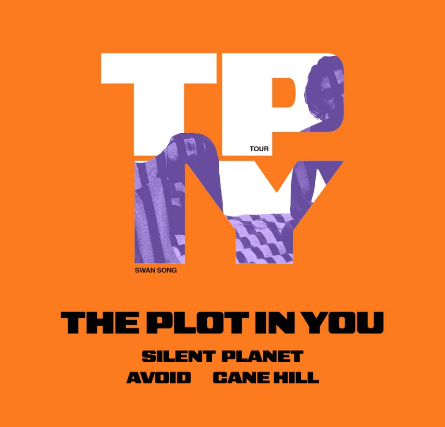 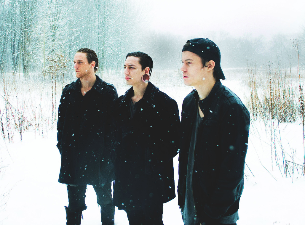 The Plot in You is an American metalcore band, formed in 2010 in Hancock County, Ohio. Originally a side project of former Before Their Eyes member Landon Tewers, the group is composed of Tewers, guitarist Josh Childress, bassist Ethan Yoder and drummer Mathis Arnell. They have released one EP, three studio albums, and four music videos. Their EP Wife Beater was released in 2010, followed by their full-length debut First Born in 2011, and another full-length studio album Could You Watch Your Children Burn in 2013. On July 17, 2015, The Plot in You announced their signing with Stay Sick Recordings & a new album, "Happiness in Self Destruction", which was released October 16th 2015. 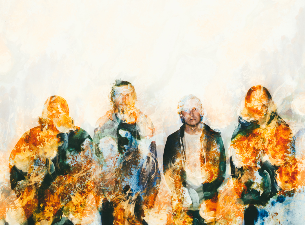 Humanity has always had a therapeutic relationship with music. Its ability to shatter man-made walls, create a platform for expression, and illuminate perspectives, has helped ground some and liberate others. We build national anthems out of songs, we immortalize first dances with songs, we cry because of songs. Music—when breathed into with intention, intellect, and purpose—can restore and unify. If you need an example, listen to Silent Planet’s newest album, Everything Was Sound.

Silent Planet—comprised of Alex Camarena, Thomas Freckleton, Garrett Russell and Mitchell Stark—writes with purpose. The LA-based band’s first album, The Night God Slept, gave voice to characters victimized by systemic oppression. The album used historical settings and the characters within it to magnify their marginalized perspectives, resulting in a musical accomplishment outfitted with quality instrumentals, rich storytelling, and a mouthpiece for the silenced. Their second full-length project bears consistent fruit with their first.

Everything Was Sound, the sophomore release on Solid State Records, is unrelenting in its endeavor to marry its sophisticated metalcore sound with the quiet voice of the alienated. The band’s vocalist, Garret Russell, walks us out of their first album’s story and straight into this one: a metaphorical prison housing society’s misunderstood. The panopticon (both a psychological concept and a physical space) is a many roomed, doorless prison equipped with one, concealed guard. Without the ability to see where the guard is looking, the construct effectively controls each inmates behavior. Russell uses this theory (designed by philosopher and social theorist Jeremy Bentham) to represent the societal imprisonment culture places on the mentally wounded. He walks us through nine rooms, with nine varying prisoners, and tells their stories.

“So many people feel completely alone. This album was inspired by the people I’ve interacted with who feel like nobody can or wants to understand them. It’s very evil to leave people isolated like that,” explains Russell. “Our goal is to make people’s stories visible, to give words and to give music to things that aren't often talked about.” Take the track “Panic Room” for example. “God gave me a vision, in a very mystical way, of my friend who suffers with PTSD. I wanted to tell his story in a way that honored him.” Lyrics like, “this is war: A child stumbles from the wreckage holding his salvation - the trigger to cessation - to end us all. I took a life that takes mine, every quiet moment we collapse,” paint a panicked and painful perspective, but one that gave healing to the friend who inspired it. From the song “Understanding Love Is Lost,” about the wreckage of suicide, to “Nervosa,” about the destruction of eating disorders, Silent Planet intentionally introduces us to the struggling souls surrounding us.

And that isn’t all they’re intentional about. The instrumentals, the lyrics, and the artwork are unanimously designed to, in Russell’s words, “challenge intentions, stir the subconscious, and offend assumptions.” Whether it be the enneagram of personality that marks the cover art, the inkblots within the liner notes tethered to each archetype, or the cited sources laced within each song, you’ll feel what Russell says is a “dance between wholeness and oblivion.” The theme weaves itself—through color, word, sound, and design—into all aspects of the project.

Silent Planet’s pursuit is perhaps best stated by the two instrumental tracks within the album—“Tout comprendre” and “C’est tout pardoner”—whose combined titles mean “to understand all is the forgive all.” In the final song, the prisoners escape bondage and unite, planting a new tree of life in the center of the panopticon. “People have been inhabiting inside of their wounds,” explains Russell, “and I believe they can come together to be healed. Step out, see each other, and find freedom in being seen.” 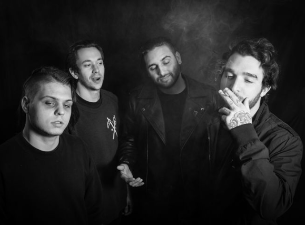