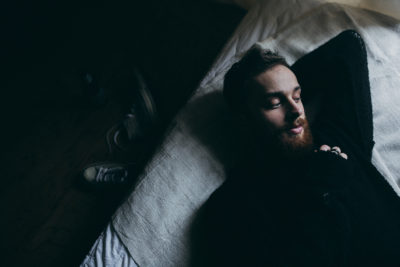 Jaymes Young will assure you that he’s a “songwriter before a singer and performer.”

That wise and self-aware summation cuts to the core of who the Seattle-born and Los Angeles-based musician/poet really is. He still spends countless hours holed up in his bedroom carefully piecing together compositions, penning lyrics, and exploring sounds. His musical wanderlust yields a sound steeped in pop palatability, dusky cinematic electronics, and stark, stirring instrumentation. He sharpens that signature style on his 2017 full-length debut, Feel Something [Atlantic Records].

In 2012, Jaymes traded his native Seattle, WA for Los Angeles, CA. 2013 saw him independently release the critically acclaimed Dark Star mixtape, gaining praise from Nylon, Pigeons & Planes, VICE’s Noisey and more. Following his signing to Atlantic Records, his Habits of My Heart EP spawned viral hits such as the title track and “I’ll Be Good,” which both surpassed 20 million Spotify streams. Supporting the EP, he hit the road with the likes of London Grammar and Vance Joy. And fueled by fan fervor, 2015’s “We Won’t” with Phoebe Ryan caught on like proverbial wildfire, amassing over 25 million Spotify streams and 4 million Soundcloud plays and receiving praise from Billboard, Earmilk, IndieShuffle and more.